The owner of the Dallas Mavericks – Mark Cuban – praised Ethereum and its native cryptocurrency as the investment option with the most upside potential. Speaking of bitcoin, he once again said it is superior to gold.

In a recent interview for CNBC, the American billionaire Mark Cuban advised beginners in the cryptocurrency industry to select Ethereum (ETH) as an investment choice. According to him, it has the biggest upside potential:

“As an investment, I think Ethereum has the most upside.”

Despite arguing in the past that it is easier to trade bananas than bitcoin, Cuban has an entirely different stance on the largest cryptocurrency now. He often praises it as a better financial instrument than gold, and he did it once again in the most recent interview, saying, “bitcoin is better than gold.”

The owner of the Dallas Mavericks also scratched the topic of Dogecoin. He said dealing with the meme-coin could be a good way to learn how the cryptocurrency market functions labeling it as a “fun” investment option.

“I’ve never told anybody it’s a great investment, I’ve often said it’s a great way to understand how cryptocurrency works, how to invest in the market,” Cuban stated last week.

It is worth noting that his NBA team accepts cryptocurrencies as a payment method for tickets and merchandise products, with Dogecoin being one of them. In fact, most fans employ the meme coin rather than bitcoin in those transactions as the former is “easy to spend,” while the latter is an appreciable asset for the long term.

The idea of Ethereum becoming …

One memecoin that has managed to eclipse the popularity of Dogecoin lately, is Shiba Inu.  It surprised the cryptocurrency community with an exponential rally that lasted for weeks. SHIB raked in continued gains throughout the past two weeks, rising up to the 12th position by registering a 310% price increase during this time. This increase […] … 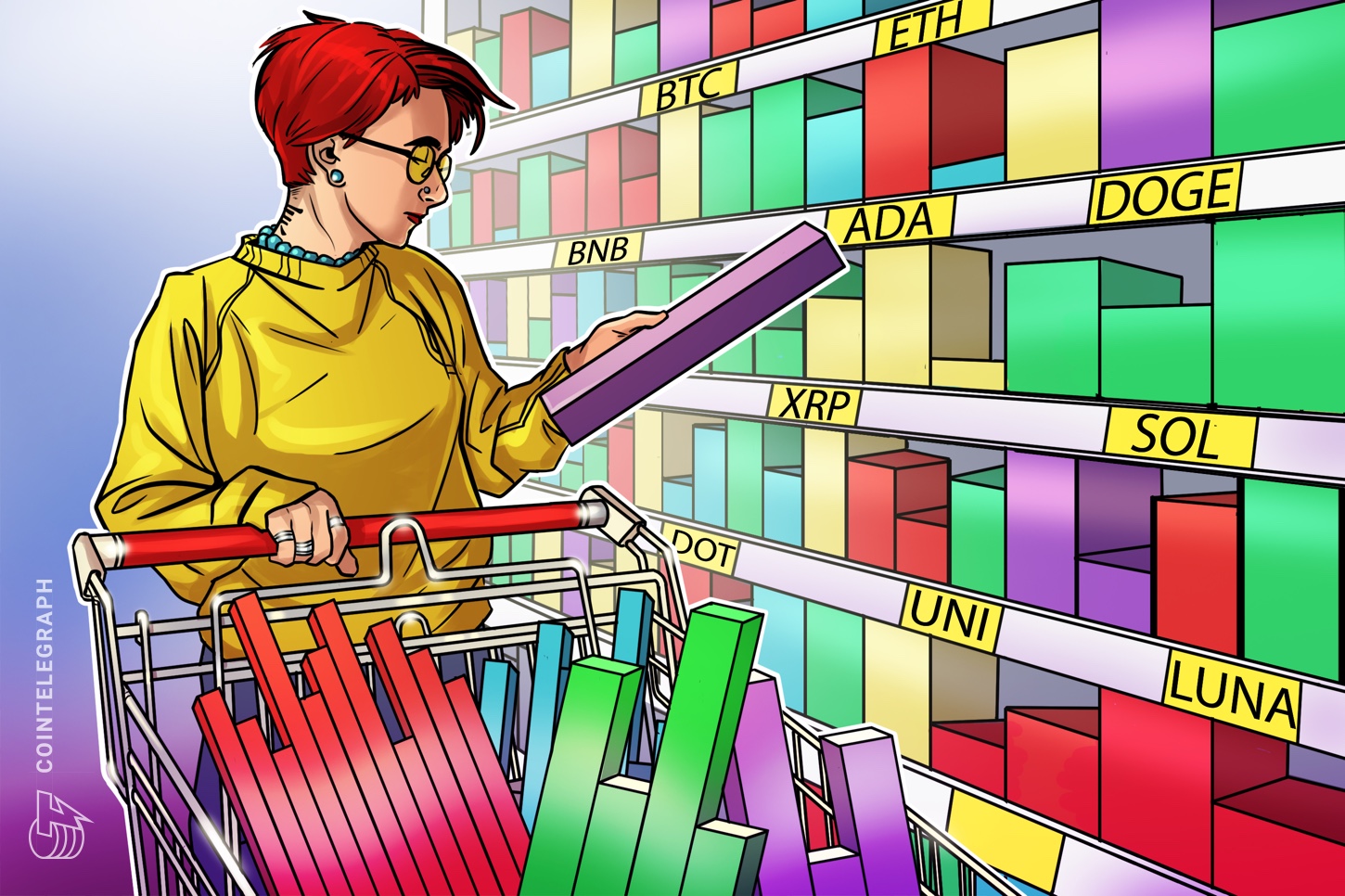 Bitcoin and select altcoins are facing selling at higher levels, indicating that short-term traders may be booking profits after the recent rally. SHIB is notably mirroring its mentor Dogecoin’s price moves from the Feb.–April 2021 session, raising possibilities of dump ahead. 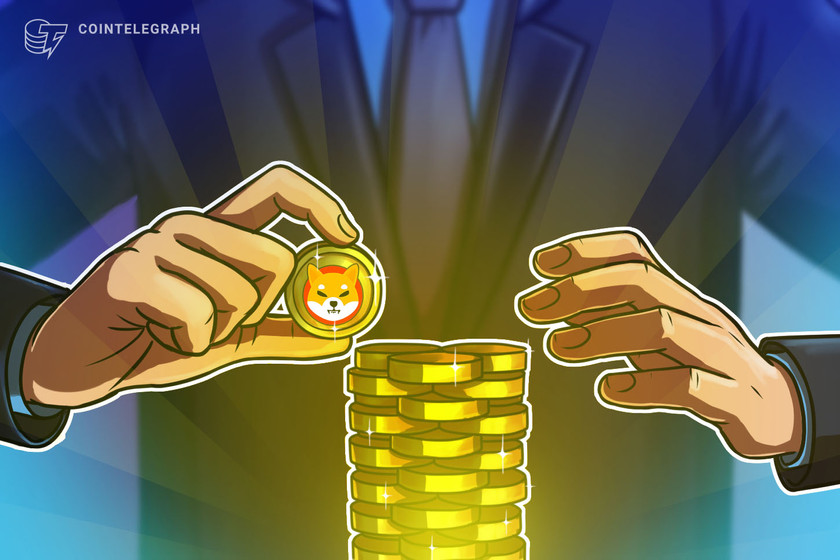 SHIB’s 400% rally brings attention back to dog-themed meme tokens and it could be a sign that DOGE is on the verge of an equal-sized breakout.

The market cap of the self-proclaimed Dogecoin-killer – Shiba Inu – has increased to half the size of Doge’s after a massive triple-digit weekly surge. Consequently, SHIB is now well within the top 15 coins. 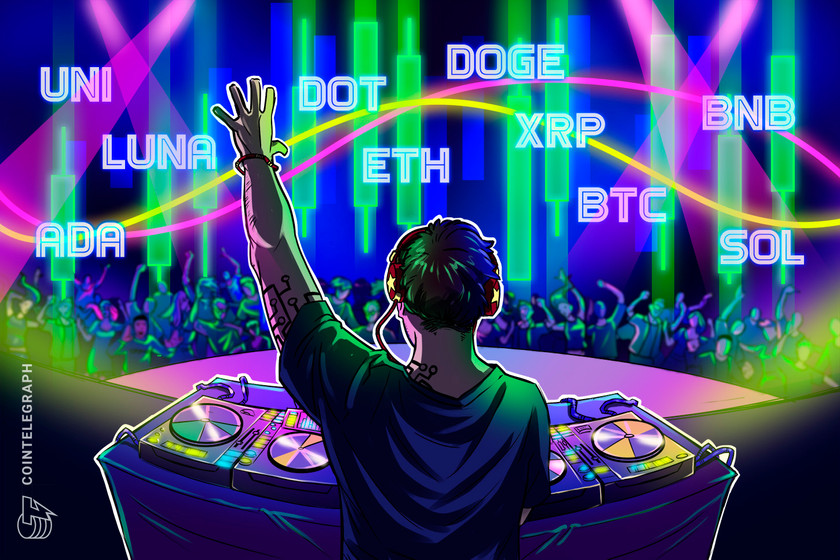 Bitcoin has surged above the overhead resistance and that has pulled several altcoins higher.

The owner of the professional basketball team the Dallas Mavericks – Mark Cuban – revealed that people don’t like buying tickets with their Bitcoin holdings because it is an appreciable asset. Instead, they employ Dogecoin, which is “easy to spend.”

‘Bitcoin Is a Little Bit of a Different Animal’

During an interview for Fox Business, the American billionaire Mark Cuban shared his views on some of the most popular cryptocurrencies.

Starting with bitcoin, he said the asset is a “great alternative store of value.” Cuban went further, opining that it is even better than gold, and is also much different than the alternative coins.

“Bitcoin is a little bit of a different animal as crypto as a whole.”

Not long ago Dallas Mavericks started accepting crypto payments for game tickets and merchandise on its online store. However, Cuban said NBA fans are not keen on purchasing tickets via BTC as they hold the asset for the long-term and expect its price to increase in time:

“Not a lot of people pay in bitcoin because it is really an appreciable asset. It’s a store of value and they want it to go up in value.”

On the other hand, many employ Dogecoin as a buying option as they have an entirely different attitude towards the meme token:

“We sell thousands and thousands of dollars per month during the off-season, and once the season starts I expect that to happen per week in Dogecoin – and that’s really because it’s easy to spend, it doesn’t appreciate so much that people want to hold it forever.”

Speaking of his personal investment in the meme coin, Cuban said he …

With each passing day, the “Dogefather’s” family is growing – and becoming harder for crypto analysts and creators to ignore. On 4 October, Tesla Motors CEO Elon Musk posted a picture of a Shiba Inu puppy basking in the sun while on a Tesla car. He captioned it “Floki Frunkpuppy.” Floki Frunkpuppy pic.twitter.com/xAr8T0Jfdf — Elon Musk […] …

The Cardano ecosystem is on an expansion rampage and is showing no signs of stopping. To help facilitate all its development projects further, the network is now being injected with a huge amount of investment by blockchain firm EMURGO. The company, which is Cardano’s commercial arm, tweeted earlier today that it will be investing $100 […] …